Photo of a walleye 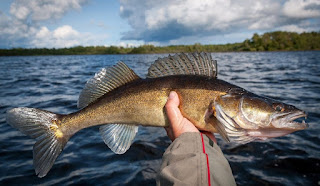 Did you know that Minnesota’s state fish is a walleye? Fishing started over  11,500 years ago. The Dakota tribe started fishing Lake Superior. The fish were either caught by net (Fishing using a net), angle (Fishing with a pole), or speared (Fishing using a spear). Later, the Ojibwa tribe migrated to Lake Superior. They fished in birchbark canoes and used nets. They caught trout, whitefish, and sturgeon.

Fishing has many ups and downs, like any hobby. A positive for fishing is that well, you get to provide a meal for yourself and your family, get away from everyday life, and enjoy nature. 9th grader Dominik Moua stated that it is “great to get away from all the noise.”  Moua also stated that “catching any big fish” is often a highlight for any fishing trip. Fishing can provide some much-needed time away from the screens of our phones and TV. The downs of fishing is when fish are hurt due to the way they’re caught (Especially when you’re just catching and releasing), and overfishing.

There are many great places to go fishing in Minnesota.

Some places you can attempt to fish at is Red Lake, which is known for catching crappie and ice fishing. Fishermen have also been said to have found 40 inches Northern Pike.  Moua stated that his favorite lake is “Bald Eagle Lake.” Another lake you could try out is Steiger Lake. Though it is caught and release for largemouth bass and Northern Pike. White Bear Lake, Bald Eagle Lake, and Big Marine are also some lakes you could try.

I enjoy fishing and have had many experiences in the different lakes of Minnesota. When fishing at White Bear Lake I hadn’t had much luck. Just last year in 2020, my family and I had gone to Red Lake to ice fish but had no luck in catching fish. Bald Eagle Lake and Big Marine are lakes that I have caught fish such as bass, crappie, perch, bluegill, sunnies, and northern pikes. In Minnesota, there are many types of fish including walleye, crappie, sturgeon, perch, musky, bass, northern pike, carp, sunny, bluegill, catfish, rock bass, and many more!

There is such a history of fishing in Minnesota on one of our 10,000 lakes, try it this summer! 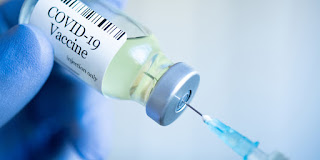 St. Paul, Minn...Humboldt High School and its ongoing mission to place students first has a great opportunity to work with the Minnesota Department of Health in collaboration with Saint Paul Public Schools to host a vaccine clinic for our students and our community.

Humboldt will host the clinic on April 26, opening at 1:00 PM and closing at 7:00 PM. From 1:00 PM to 3:00 PM, only Humboldt students will be allowed; however, after 3:00 PM it will be open to families and the general community. Parents and families will receive a communication to get more detailed information. Stay tuned for more information. We have a new coach with over 25 years of experience coaching professionally and at the collegiate level, so this is a great opportunity for our students. 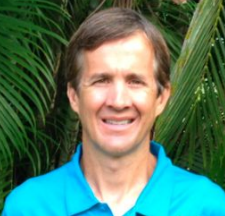 SPTC Tennis Director, Greg Hiers, is a USPTA Elite level certified teaching professional (the highest classification excluding “Master Pro”). He has completed the USTA High-Performance Coaching course and attained the USTA’s Level I Competency for Sport Science. Greg has over 25 years of coaching experience!! (It means that he’s a really good coach, so you should come out and give tennis a try!) 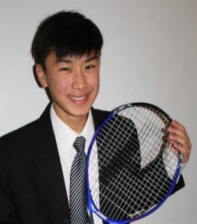 I don’t have as much experience coaching, but this is my 4th year teaching at Humboldt, and I have 3 years of experience coaching girl’s tennis. Overall, I’m a pretty cool teacher and a laid-back coach, so I’m looking forward to meeting you! 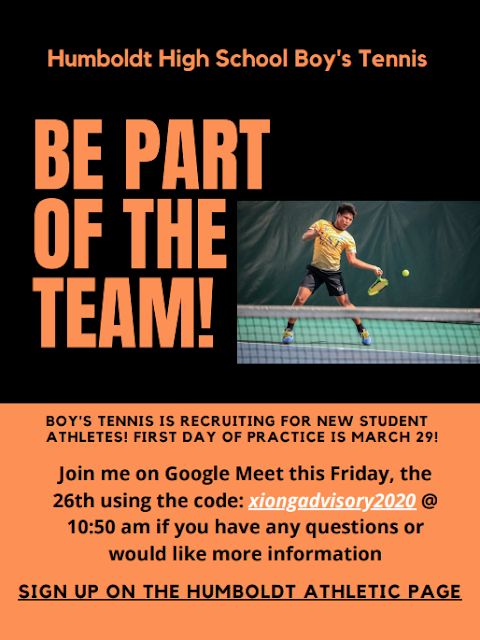 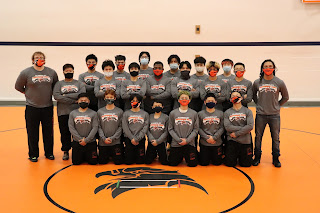 Wrestling does it again! The wrestling team defeated St. Croix Lutheran 52-28 and then defeated Cretin Derham Hall 48-36 to advance to the State Preliminary round for the MSHSL AA Wrestling Team tournament.

Humboldt will wrestle against South St. Paul for the 4AA Section Championship in Round 1 of the MSHSL State Prelims this Saturday at Cretin Durham Hall. If we beat South St. Paul, then we would wrestle the 1AA Champions.

Tickets are available for $10 each. Please email me if you are interested in attending. We are limited to how many fans may attend.

Why: To support our wrestlers

Song of The Last Valkyrie

SPPS Evening High School out of Gordon Parks gives opportunities to students to create original written stories based on ideas students already have but didn't commit to writing. This student writes about the Valkyrie. 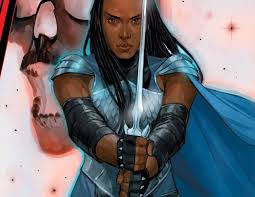 “Weave the crimson web of war.” My sisters sang in Valhalla. We were warriors. The most feared of all in Valhalla. Men would see us fly overhead in battle, wing and wind at our back, shield, and spear in hand, knowing Odin’s fleet watches over.

“Let us go, and let fly…” They sang as they sharpened their swords and spears. “Where our friends the conflict shares, were they triumph, where they die.” My sisters chanted, as they perfected their aim with each arrow they fired. I wish they all knew their fates, as I did…

My name is Astrid.

And I am the last Valkyrie.

What happened? There was a tragic war… though my sisters fought to the very end, and faced death without fear. It was not enough. I was a Valkyrie yet I was not ready for battle. I was nothing more than a young girl. While my sisters fought for honor, glory, and to lead men to the great hall, I was fighting merely for my survival. My eldest sister, Rayla forced me from battle and hid me away. “This is not your purpose, child.” She said as I was tranced, and forced into sleep. When I awoke, the war was over… but I was born an only child. My mother, a shield. My father, a spear. The weapons I fell into slumber with. I was awakened to a strange, new world. The world I knew, of gods, of honor, and of the old traditions, gone. My sisters, my home, and my life had all disappeared. It was a world full of new technology and people. Mankind didn’t worship the gods as they once did, and those that did worship a god I don’t recognize. In little time, I’ve learned that the war that I was forced to sleep through… was over one-thousand years ago. Which is when I realized, I was the last of the Valkyrie sisters.

Why Rayla? Why was I trapped for so long? Why did I awake only now?

What is my purpose now?

It's been eleven months… I still am uncertain of this place. But I’ve spent my time here tirelessly learning. History, language, culture even, with each passing day, this possibility of a new future for me draws ever closer. This life, it may not be what I have known, but this strange, new life has been… well how do you explain such a situation such as mine? The clothing is different, the philosophies are more progressive, people seem to be more free though this new bureaucracy has control over… almost everything. I’m unsure of how I feel about that. Especially saying that their “laws” as they are called, limit my freedom of flight. But, my wings... men of this time are not used to seeing such things, or at least not as often as I present them. Weapons in this time are forbidden to carry. Something I never thought I’d ever heard in my entire life. Men would carry weapons as often as they wear clothes in my time. But it is for good reason. Man's technology has advanced far beyond anything I ever even imagined. Its destructive power should be something only the gods can achieve. And so it seems that power has been used too often now. Man has lost his way through all this death and destruction. Fighting to destroy their enemies, rather than protect their loved ones. They seem doomed…

I’ve seen what man can do at its best.

I’ve met those with gifts of power obtained possibly by the gods. I have encountered them many times when dealing with the threats of man. While they may not be my sisters, they are true warriors. They are of mankind but are its greatest champions.

There is one who moves as fast as Hermóðr, another warrior with the magic and deception of Loki.

And… a woman. One who named herself after the goddess of the sun. Sól.

I often do not applaud any mockery of the gods, but she does not mock. The goddess would be proud of this woman. She embraces her power, her very skin is engulfed in flames as she gracefully flies through the air. I was graced with her presence, as she was mine. Our Norse similarities gave us a deeper understanding of each other. After our last encounter, many of these “heroes” as they are called,  extended a hand to have me join their legion. I… have not decided.

I know Rayla, looks to me from Asgard.

“Weave the crimson web of war.” I could hear my sisters singing.

This is the Song of the Valkyrie. When it is sung, I must call to arms, and protect mankind.

I am The Valkyrie and this my promise to you, my sisters… 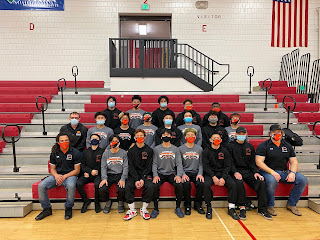 Coach Novacheck and Coach Bonds ('13) deserve a lot of credit for keeping this team together during a global pandemic and building the confidence and skills necessary to be a champion. Coach Novacheck said, "this was never about winning, this was about teaching the wrestlers how to become champions and act like champions". They did just that on Saturday. Senior captain Crown Htoo was ecstatic. He credited the team for staying together during the highs and lows of the season and never giving up on each other.

The team is very happy about the conference championship, but they recognize their work is far from over. The section tournament is next week, and we have wrestlers with a very good chance to go to state. The Humboldt athletic department, teachers, staff, and community are very proud of this significant accomplishment.

by Melley Moua  - Staff Writer Photo of a walleye   Did you know that Minnesota’s state fish is a walleye? Fishing started over  11,500 year...